Fundraising for the Removers Benevolent Association

The quiz night and raffle held at The Queens Head, Rye, raised over £290 to donate to the RBA, a registered charity which was set up to provide financial relief for necessitous persons (including their widows or dependents) who are, or have been, engaged continuously for a minimum period of one year by any member or past member of the British Association of Removers.

The Removers Benevolent Association is a charity is close to the heart of everyone at Bournes having supported two of its employees recently, including local resident and long term warehouse employee Terry Cope who everyone was very pleased to see on top form at quiz night, despite being in the last place team who had to console themselves with the Wooden Spoon trophy. Terry who has been suffering with Crohn’s disease since 1993 has just returned to work after 22 months following an 11 hour operation resulting in 237 consecutive days in the Conquest Hospital. Everyone was thrilled to see Terry finally return to work and celebrated with a themed forklift cake! 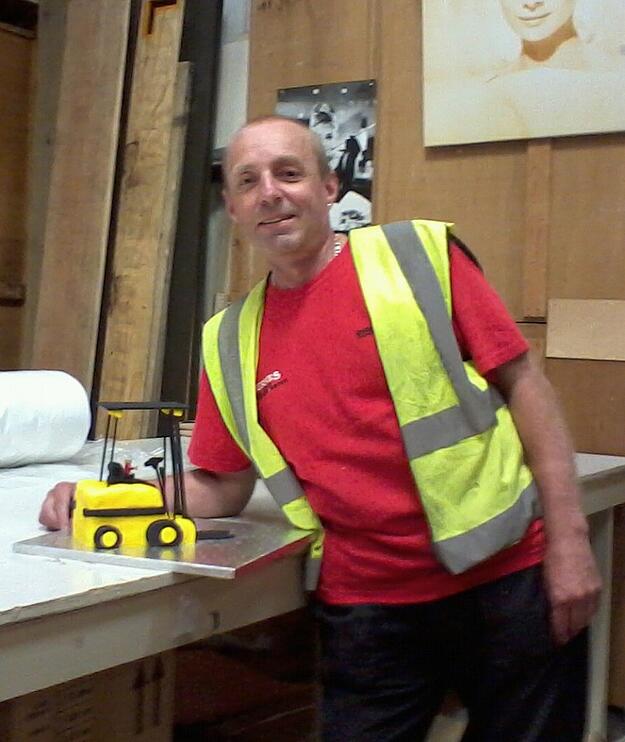 A big thank you to all the employees who supported the event, Reason Global Insurance who came along to support us on the night and generously donated raffle prizes and to The Queen's Head in Rye for hosting us for the evening. The winning team consisting of Eric Bourne, Tom Bourne and Craig Wood from Bournes and Mike, Sarah and Debbie from Reason Global generously donated their £60 prize winnings back to support our fundraising for the Removers Benevolent Association, giving a great boost to the overall fund.