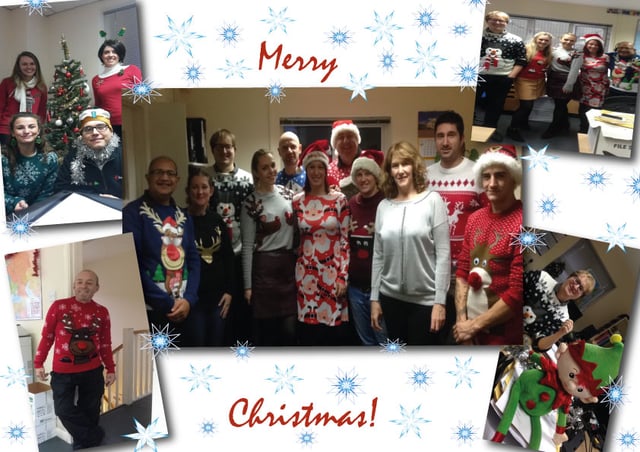 The teams at Bournes Rye and Tunbridge Wells offices raised a fantastic amount for the Removers Benevolent Association on 21st December with a Christmas-themed charity day.

Office, crew and warehouse staff at Bournes Rye and Tunbridge Wells headquarters held a Christmas-themed charity fundraiser on Wednesday 21st December that raised over £100 for the Removers Benevolent Association (RBA).

As well as wearing their Christmas jumpers, people baked and bought festive treats to share around the offices and warehouses in return for a small donation.

Once all donations had been collected and counted, the total amount raised for the RBA came in at £106.

The RBA is a registered charity which was set up to provide financial relief for necessitous persons (including their widows or dependents) who are, or have been, engaged continuously for a minimum period of one year by any member or past member of the British Association of Removers.

It is a cause especially close to the hearts of everyone at Bournes as it has helped several of our employees over the years who have needed support during particularly hard times in their lives. Terry Cope, one of our warehouse operatives, received much appreciated help from the RBA during a 237 day stint in hospital nearly three years ago as he battled a long-standing and debilitating illness. More recently, another of our employees was granted substantial funding from the RBA to make special adaptions to his house following a decline in health. (Read more)

The RBA relies solely on donations, so a huge thank you to everyone that took part and gave so generously to such a worthy cause this Christmas.