Where to live in LA - 6 great areas to move to 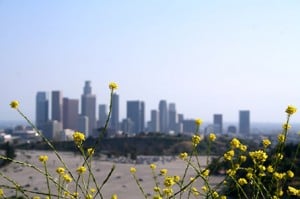 Known by many as the City of Angels, Los Angeles is a great part of America to relocate to but before you go you'll need to decide where to live in LA. With its finger firmly on the pulse when it comes to several key areas – including business, fashion, entertainment, media, science, sport, technology and medicine – there’s a lifestyle here to suit everyone.

If you’re in the early stages of planning your move and aren’t sure which area would best suit you, then here’s our pick of the top 6 areas to consider when deciding where to live in LA.

1. The Financial District: Located in Downtown Los Angeles, this is an area dedicated to business. Many corporate firms such as banks, lawyers and real estate companies house their HQ’s here, within the upscale skyscrapers, and you’ll also find a selection of boutique hotels and good places to eat.

2. Bel Air: Made famous by Will Smith in his hit TV series The Fresh Prince, Bel Air still retains its notoriety for affluence and a high standard of living to this day. Located on the Westside of LA, Bel Air is also known for its excellence in education, being home to four notably exceptional private and two public schools.

3. Hollywood Hills: Another affluent region of LA, the Hollywood Hills are possibly California’s most iconic landmark. The typical resident here can be defined as wealthy, youthful and urban. Though don’t let that determine your move here as it’s also a great place to send children to school, with two private and three public schools, as well as the headquarters of the American Film Institute.

4. Pacific Palisades: Home to around 27,000 inhabitants, Pacific Palisades is primarily a residential area with a mixture of properties ranging from private homes and condos to rented apartments. The residents here are big on their annual Fourth of July celebrations, which include charity runs, parades and a fireworks display.

5. Silver Lake: An extremely trendy and diverse neighbourhood located in the central region of LA, this is where you’ll find all the best restaurants and clubs. A popular place of residence for many famous people too, which is in part due to the excellent mix of public and private schools also on offer here.

6. Westwood: The home of the University of California, Los Angeles (UCLA), it’s no surprise that Westwood – which can be found in the northern part of the Westside of LA – is predominantly a residential and commercial area. Around 47,000 people registered this as their home in the 2000 Census, most of whom were defined as being young, ethnically diverse and wealthy individuals.

For lots more information and advice on moving to America check out our moving to the USA guide.