Finding a school when emigrating to New Zealand 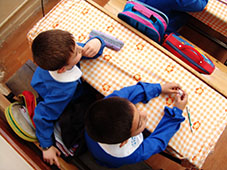 If you've got children of school age then one of your top priorities will be finding a school when emigrating to New Zealand.

Here's a quick overview of what you need to know.


Types of school in New Zealand

State funded schools are by far the most common choice here, and where your child goes will be determined by where you live - much the same as it is in the UK. Schooling is entirely free at this level, though parents will be expected to pay for the little things like stationary, books, materials, school trips and uniforms as they would in the UK.
State-integrated and private schooling are ideal for those that want boarding options and more freedom with the curriculum – however, it does come at a price, with private fees ranging anywhere between $4,000-$14,000 per year.

It’s also worth noting that there are some schools around New Zealand that offer international qualifications if this is your child’s preference.

As with the UK, there is a national curriculum in place in New Zealand which sets that standards at which all schools – whether state or private – must educate their pupils. All schools are measured for the quality of their teaching and how closely they are following the national curriculum every three years by the Government’s Education Review Office (ERO).

Schedules for school days and terms are very similar to what children will already be used to here, with a typical day starting at 9am and running through until 3-3.30pm. There are four school terms per year, with a two-week break between each, and as with the UK, children receive a six-week summer break at the end of each year.

As summer and winter fall in different months in New Zealand to what they do here, the school term times will be slightly different to what children might already be accustomed to. The school year tends to run from late January until mid-December, so the six-week break will fall over the Christmas period here, rather than the typical British summer that school children in the UK are used to. This may work in your favour, however, as you can use the time to book flights home over the Christmas period to see family and friends, or have them come over for an extended period to visit you.
Generally speaking, schools in New Zealand are happy, peaceful places where children can learn in a relaxed and supportive environment. Discipline tends to be good here, and the majority of children feel comfortable when at school.

A move of any international nature will require a visa application at some point. When it comes to your children, they will be entitled to attend any Primary or Secondary school in New Zealand providing you as parents hold temporary work visas.

However, they will need to upgrade to student visas as the earliest possible opportunity, and it’s strongly advised that the earlier this is sorted, the better – without them, your children can only attend school in New Zealand for two weeks as a domestic student, or three months as a fee-paying international student. Starting this application before you go is the best option if you want to ensure a smooth, stress-free transition for your children into their new life – there’s little point in going to all the effort to choose a school and settle your children in if they get pulled out after two weeks.

Beyond Primary and Secondary education, there are a wealth of great universities for your children to pick from if they’re interested in extending their education even further. Perhaps you’re moving with a young adult of university age, or they are in the last year or two of their secondary education and thoughts are naturally turning to where to go next – whatever the situation, you can rest assured there will be something to suit them out there.

Universities are located in Auckland, Hamilton, Wellington, Christchurch and Denedin, with a good choice of polytechnics and institutes of technology scattered around the country as well.
When it comes to fees, permanent residents will be subsidised by the Government. Those that have been a resident for a minimum of 2 years will be eligible for a student loan, which will cover the fees that need to be paid directly by them – typically, these range between $4,500 and $8,000 annually depending upon the course, and are always more for international students than residents. Again, non-residents will need to obtain a student visa in order to carry out their studies.

If you’re in the final stages of planning your move and need some help with removals to New Zealand just get in touch and we'll be happy to help.