How Moving House Storage helped our client save for her home

The moving process can be complicated, even more so when you're not moving directly to your new home and need to put your goods in temporary storage between house moves. One home mover explains what happened when she was faced with this situation, and how she used temporary storage when moving house...

"When I decided it was time to buy a house I, like many young adults, decided that the quickest way of saving a deposit was to move back home with my parents for a while to reduce my costs of living.

I wasn’t looking forward to moving home, whilst my parents are great and easy going it was going to be tough on all of us. Even though I’m now completely self-sufficient and house trained I always regress to my teenage self when I’m ‘home’!

On top of the upheaval (mental and physical!), this was also going to be a challenging move in terms of logistics as I'd be needing removals AND storage between house moves.

Having rented since university I’d accumulated enough furniture to sufficiently stuff my 1 bedroom flat and there was no way my rented bedroom at my parents was going to fit it all, so I would need to put some things into a storage unit for the 6 months that I planned to be ‘back home’. This meant adding a whole new level of complication compared to moving from one house directly into another.

Here is how the process went for me."

I got rid of all those things I hadn't unpacked from my last move, I threw away most of the stuff and I managed to take what I could to the charity shop for donating.

I’ve also set aside a few of those dresses (still with labels) that I never got around to wearing and decent books and DVD’s that I’m done with to go on eBay. Here’s a guide to how to declutter for moving house.

3. Getting a pre-move survey and removals & storage quote

Once I had an idea of what I needed to move, Bournes Move Consultants came to see me. They evaluated the volume of items going into storage, the volume going to my parents as well as the access from my flat and showed me a couple of storage solutions. The process was smooth, I received a  removal quote, a plan for the move and storage in 2 of their wooden containers.

They also gave me an indicative  removal costs for the move out of storage when I found a house based on the rough location and time scale I was looking at. 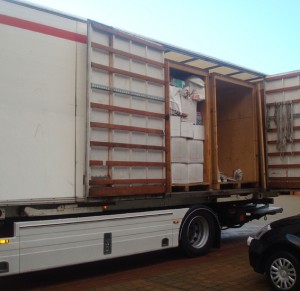 Storage containers were filled directly at my house. The move plan was that the empty containers would be put on the lorry and then my things could be loaded straight into them through the side doors so that when the container got back to the warehouse it didn’t need handling a second time (reduces the risk of anything getting broken/lost). The things going to my parents would be collected at the same time and delivered straight there on the same day.

4. Deciding whether to take packing services or do my own packing

Although Bournes offered a range of removals AND packing services, I chose to do my own packing as I was on a budget for the move .

I didn’t own anything particularly fragile or valuable and I had plenty of time to get all of this done as my life is not too hectic at the moment (although if I had been tight on time, had a bigger house or kids running around I’d definitely pay the little extra to have the guys do it for me, it’s not actually that much more expensive).

Bournes included packing materials in my quote and arranged for them to be delivered in advance and sent me some guides for how to pack to move house which were really helpful. The packing boxes from removal companies are specially designed for this purpose and are much stronger than the boxes you can pick up at the supermarket.

Bournes also provided stickers for moving day marked ‘storage’ and ‘direct’ which helped me label my furniture and boxes so the crew knew what to take to storage and what to deliver to my parent's house. This was a great idea as those guys work quickly! I also labelled all my boxes with the room and rough idea of contents to make unpacking easier.

Having decluttered early on, packing wasn’t too bad as it was just a case of boxing everything up and not sorting through it too. Although it made for a busy week before moving day I managed to get it all done in between working and sorting all the other moving tasks such as closing down all my accounts for utilities and cancelling direct debits for rent etc.

I went through my list of 'who to inform when moving house' and gathered all their contact details working my way through the list. I was pleasantly surprised at how many companies have now put features on their websites to allow you to notify them online since I last moved, this saved me a lot of time as I don’t usually get home from work until after some of their customer service lines have closed.

Move day finally came. The night before I spent dismantling my bedframe (putting all the screws in a food bag which I put away in my toolbox for safekeeping) which was one of the tasks I’d agreed with Bournes to do myself to cut down on costs. I also packed a last minute essentials box of things I’d need during the day (to be loaded last and unloaded first) phone chargers, a change of clothes, a couple of cups and some tea bags).

When the crew arrived I showed them around and they talked me through their plan of action. They made sure they knew what was going into storage and what was going to my temporary home. They asked me questions about things if they weren’t sure about.

One of the guys went out to the lorry to get the containers ready to load (got his ‘stuffing’ materials ready to fill any gaps in the load to stop movement) and tied the doors securely to stop them blowing in the wind (of course I’d chosen the first day of bad weather in weeks!)

He also checked that the pathway between my flat door and the lorry was clear, while he was doing this the other started to complete the customer details on my inventory form, things like my name, contact details and the container numbers I’d be having so that everything was recorded and easy to trace if I needed anything from the container during the 6 months in-store.

I felt a bit useless when they began working but they assured me there was nothing I should be doing so I responded to a few emails on my laptop and made a few calls so I didn’t get too behind on my day off work.

Before I knew it, they were all loaded. They had me quickly walk around with them to make sure everything was gone that I wanted gone, I remembered to check for pictures on the wall and any fixtures or fittings I might be taking (like my kitchen clock which I almost forgot!). I then signed my inventory and put my copy in my bag for safekeeping and signed the crew's paperwork to say everything was done to my satisfaction.

I waved the guys off and returned for my things and headed to my parents.

2 years later (yes, my 6 months became rather long term because saving took longer than I planned as I wasn’t as ruthless on cutting back as I should have been and finding something in the area I wanted to live, within my budget was challenging too) I found a house to buy.

Once my completion date was set I arranged for Bournes to deliver my items out of storage, the things that went to my parent’s short term were moved to the new house in the car as it was only half a mile away!

The delivery was easy. The guys arrived and did their property check, I had 5 steep/uneven steps down to my front door from the pavement so the crew put ramps down over the steps to the door. This meant it was a lot quicker and a lot safer for them to unload.

As the new house was a lot bigger than the flat I came from there was lots of space, the crew put all the boxes and furniture in the rooms I had directed them to, which was a lot easier thanks to the labelling I did on the move into storage.

They checked all the boxes and furniture off from the inventory they’d written when they collected it as they went to make sure everything was there. When they were done they made sure everything was where I wanted it, that nothing was missing and I signed their paperwork and off they went. Then it was just down to the unpacking and making it feel like home!

I was quite intimidated by the thought of this move, the extra steps with a temporary home and short term storage in between (which effectively meant it was two moves) were quite daunting. Being planned and organised and having a professional removals and storage company who can handle both elements, your storage and when you are ready to move into your new home will be a big help in making sure that everything runs smoothly. 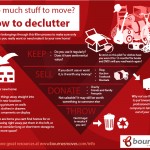 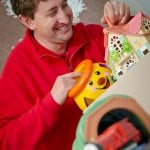 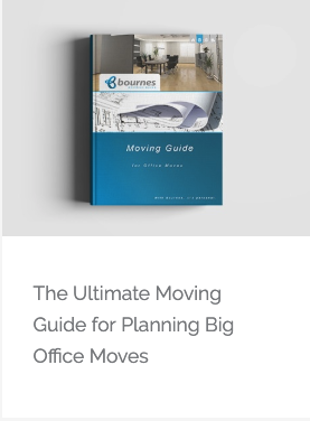