Where to live in California 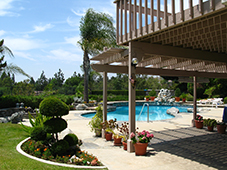 Nicknamed the Golden State, California is synonymous with glamour; beautiful beaches, endless shopping opportunities and celebrity spotting are all some of the reasons people choose to holiday here. But what about if you’re planning to move here permanently, which area is right for you? Here's our guide to where to live in California

Los Angeles: Divided into over 80 districts and neighbourhoods, the residential options for LA are vast, to say the least. However, the city is generally categorised into the following areas: Downtown LA (the Central Business District), East LA (favoured by Hispanic communities), South LA (an area favoured by Latino, African American and Asian American immigrants), the Harbour Area (along the Port of Los Angeles), Greater Hollywood (a wealthy tourist area), Wilshire (a collection of wealthy, middle and working class neighbourhoods), and the Westside (a predominantly urban region.

Los Angeles is famous for several well-known communities which you might be more familiar with. These include Bel Air, the Hollywood Hills, Brentwood and the Pacific Palisades.

San Francisco: Located in the north, San Francisco is California’s financial capital. The built-up skyscrapers that dominate the cityscape are interspersed with several beaches and parks. If you choose to locate here, you have several options. First, there’s the northeast quadrant, which is considered San Fran’s centre and is the financial hub. Set by the waterfront, the northeast quadrant is home to some of the best shops and restaurants in town.

Next up there’s the Western Addition, which is defined by its African American community. This backs onto Pacific Heights, an area popular with young professionals.

The city’s south-east quadrant is mostly home to working-class immigrants from Europe and Mexico, and has recently become a very hip and trendy place to locate for young professionals. Several areas in the southwest are increasingly popular with families, whereas the northwestern quadrant of the city is favoured by many working class immigrants from Asia, Russia and Ukraine.

Long Beach: Defined as the maritime centre of the United States, the Port of Long Beach is the second busiest container port in the U.S and one of the world’s largest shipping ports. The area comprises a multitude of residential areas and, due to its Mediterranean climate, is largely favoured by athletes or those wanting an active, outdoor lifestyle.

San Diego: Home to over 100 different neighbourhoods, San Diego offers lots of diversity – from inner city suburbs to beach and coastal communities, there’s something for everyone here. Some of the most popular places to live include Mission Valley, City Heights, Pacific Beach and La Jolla.

Oakland: Located on the west coast, Oakland is another of California’s major port cities and a major hub for transportation and trade. That aside, Oakland is also renowned for its cultural and ethnic diversity. There are over 50 neighbourhoods in Oakland, in and around the Central Business District and across the lakes and hills.

San Jose and Silicon Valley: Situated within the San Francisco Bay Area, San Jose is the oldest city in California and its former capital. Renowned for its environmentally friendly outlook, San Jose is a fast-growing area with over 2 million inhabitants in total. The Silicon Valley (or Santa Clara Valley, as it’s sometimes known) is widely famed for its success as a global technology hub, with the headquarters of some of the world’s most famous brands such as Apple, Google, eBay and Facebook all found here.