Finding a job and emigrating to New Zealand 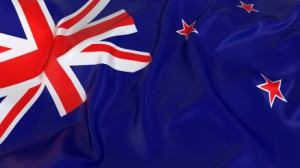 If you're looking into finding a job and emigrating to New Zealand then a little research will help your planning.

Like most other countries there are certain skills that are in high demand in New Zealand which for some can make finding a job and emigrating to New Zealand easy, but for others a challenge. According to a recent article published by the BBC, the professions which are currently most wanted in New Zealand are mostly within the healthcare sector – meaning that if you’re a doctor, dentist, nurse, physiotherapist, pharmacist or radiologist then you’ve got a good chance of securing employment in a profession that you’re already qualified in and familiar with.

So what else should you know about getting yourself a job in New Zealand? Well, for the most part, applying for a job in New Zealand is much the same as it is in the UK – you’ll need to prepare a clear, concise CV which lists all of your previous roles along with a few points of reference. You’ll also need a covering letter. When it comes to interviews it can get a little more tricky; some employers will fly over here to conduct a batch of interviews with all potential employees in one go, others might expect you to fly out there to meet them, but by far the most popular method that’s emerging recently is interviewing via Skype. It’s rare for employers to offer a job without having some sort of face-to-face contact, so at the very least make sure you have this facility up and running on your computer.

However, before you go to all that effort, you must make sure you understand how New Zealand’s foreign job allocation system works in conjunction with the visa process. The strength of your application isn’t always judged on your UK qualifications, but rather the combination of points that make you a reasonable candidate (similar to the points system run by Australia), and while you should always start your visa application well in advance of your move, a new immigration act came into force in 2010 which introduced interim visas allowing professionals to start working before permanent visas were issued. In addition, the sponsorship system has been strengthened, outlining more requirements for companies, and the entrance of investors, entrepreneurs and visiting academic researchers has also recently been facilitated. So in short, you need to make absolutely sure you know where you stand regarding your entry requirements for New Zealand and how they relate to the particular job you’re applying for.

Starting any new job can be a daunting prospect, but when it’s overseas and away from all the familiarities of home it can be even more so. A few interesting things to consider when going through the process include:

You can read a more detailed analysis of New Zealand’s most wanted professions and the sort of salary to expect here.