Bournes Moves raise funds for Save the Children

Bournes Moves head office in Rye raised £520 for Save the Children's 'Christmas Jumper Day' campaign on Friday 12th December 2014 and as donations are being matched by the UK government that's a massive £1040 generated to help save the lives of children across the world.

The team took part in the nationwide campaign which encouraged participants to 'Wear a Woolly' to work or school for a donation of £2 and the Bournes staff who never turn down the opportunity to get festive were more than happy to oblige as you can see below. 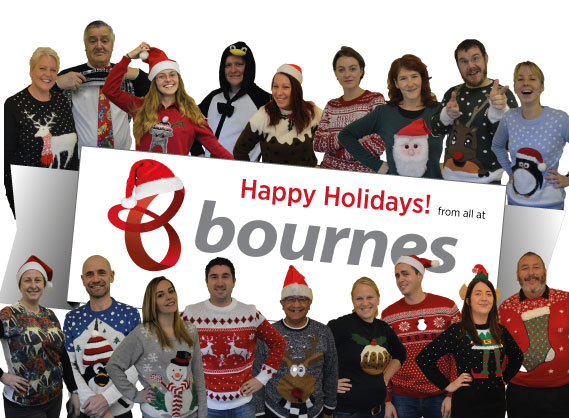 In the evening the Bournes Charity Committee also organised a fun quiz event held at the Queens Head in Rye including a raffle. Over 60 people joined in 8 rounds of mixed categories including a festive Christmas Round to compete for glory and Bournes would like to thank all the locals, employees and friends and family who joined in and gave so genourously to support the cause.

The evening was a great success with the Queen's heads own Ian Potter and friends demolishing the competition with a landslide win. Big thank you to the team who donated their cash prize back to Save the Children giving Bournes fundraising efforts a further boost.

The evening was topped off with the draw for the raffle which was possible thanks to fantastic support from local businesses and industry colleagues. We'd like to thank The Rye Retreat, Jempsons, Nineteen Salon, Cafe on the Quay, Sharon Devold, Sheri's Cafe, Salon 15, The Cock Inn, BAR Services, The George Inn Rye and Harbour Health Club for their generous donations of raffle prizes which raised over £200 of the total and of couse all the Staff at the Queens head especially Kate Smith and Jonathan Breeds for planning and hosting us for a great evening and delicious food!

Bournes are still fundraising for the campaign with a festive office bake off this week hoping to boost the total so far of £520 and you can still help by texting TEAMBOURNES to 70050 to donate £2.

Find out more about Bournes Moves charity and community support.