Transport in Auckland - expat guide to public and private transport 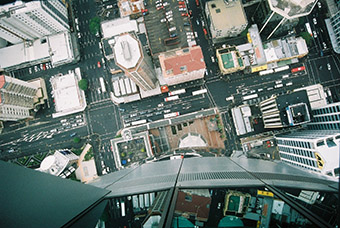 1. Car: Most people living within Auckland commute via car. If you’re shipping yours over or will be buying one when you get there then you won’t have too much trouble adjusting to their road system (particularly as they also drive on the left hand side of the road), though as it is the most popular mode of transport you should expect to experience congestion at peak times.

2. Bus: If you’re not travelling by car then it’s almost a certainty you’ll be on a bus – especially if you’re commuting in to the Central Business District (CBD) on a daily basis. The majority of daily commuters use the bus services provided in Auckland, and the network provides extensive coverage between the CBD, outer suburbs and surrounding cities. Just be aware that, while bus services are excellent during the day, they can be very hit and miss at night or even during the weekend.

3. Train: The commuter rail system links the city centre with Waitakere and Manukau, as well as several other districts. This is popular transport mode of choice for those commuting to the city’s business hub on a daily basis. There are four main commuter lines – the Southern, Eastern, Western and Onehunga – making access in and around the city pretty easy at all times of day.

4. Ferry: Home to the second largest port in the country, Auckland also offers commuters the option to travel to certain places via ferry. Some of the top destinations you can reach via sea include Rangitoto, Kawau, Tiritiri Matangi, Waiheke and the Great Barrier Islands. A good one to remember if you’re planning a day out with the family!

Top Tip: If you’re still a little overwhelmed by the prospect of getting from A to B then check out this handy website – not only can you find more in depth information about routes, fares and times for public transport, but you can also sign up to the text messaging service which will alert you to the time of your next available bus, train or ferry, as well as finding you the quickest route to your destination via public transport.